In Kubernetes, volumes are directories avaliable to containers to use as filesystem. Volumes persist beyond the lifecycle of pods.

There are many types of Volumes. Kalm simplifies the typical usecase by representing them as "Disks".

Let's create an application with 2 containers, and share a Disk between them. 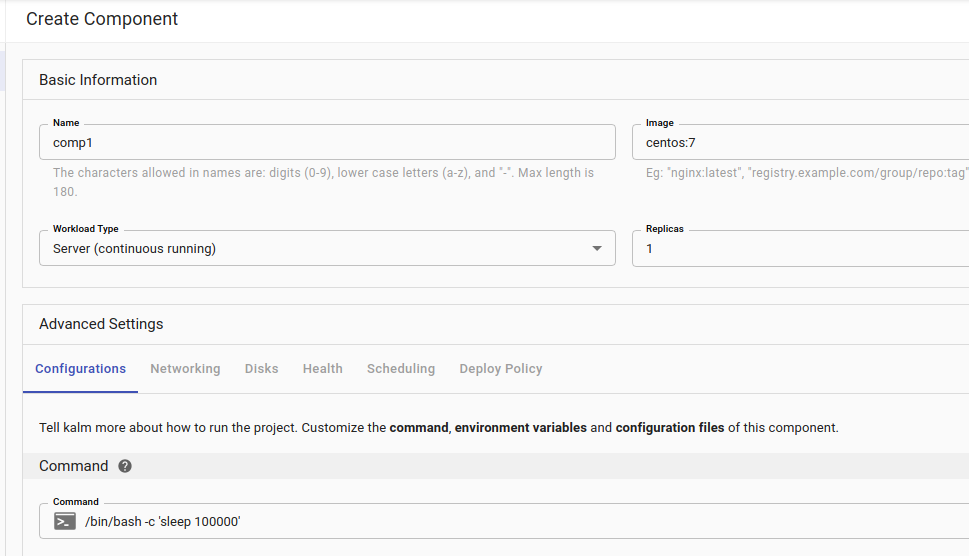 After the component is created, open a shell and navigate to the mounted disk, and create a file representing application data.

Now let's create a second component, identical to the first one:

This time, let's mount the existing disk we created above with comp1

After comp2 is created, open a shell to the pod and navigate to the mounted disk

Hey it seems the data created while we were attached to comp1 (which no longer exists) is avaliable in comp2.

In this guide, we created two components attached to the same Disk, and shown that data is shared across the two volumes, and the disk survives the deletion of components.